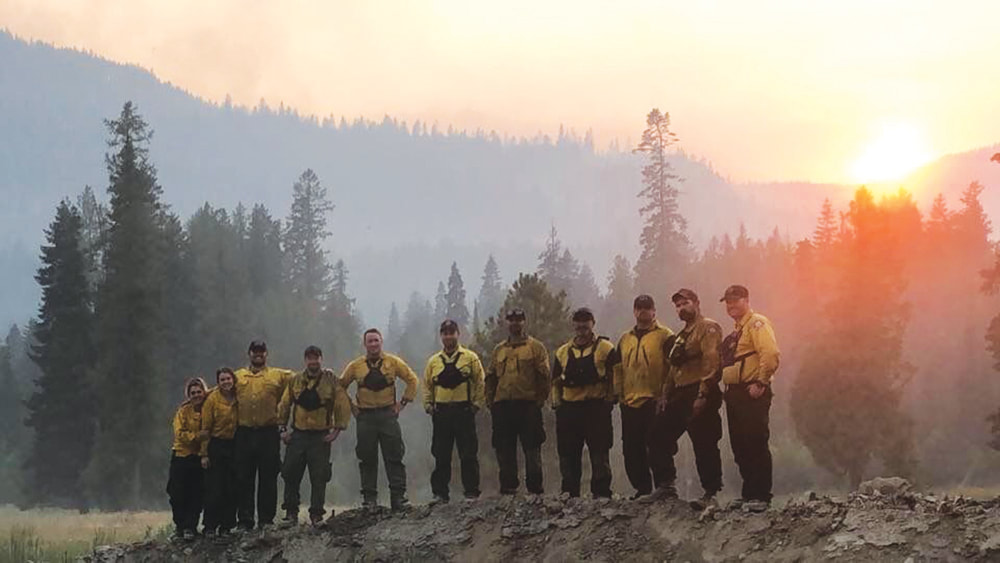 It’s been a long hazy month for Washingtonians as wildfire smoke contaminated our air for the majority of August. At one point, Seattle even made national headlines for having worse air quality than Beijing, which is usually covered by a thick cloud of smog throughout most of the year.

Smoke from both the Oregon and B.C. wildfires continues to circulate through the state, causing dangerous conditions for people with respiratory issues as well as pregnant women, elders, children and pets. Thousands of firefighters, covering a myriad of forest fires from all areas of the state, were called upon in an effort to control the flames during peak wildland fire season.

Firefighters are on duty 24/7 and may be out on a emergency call. If no one answers the door please come back later or dial 911 to report an emergency.

It is the mission of the Tulalip Bay Fire Department to foster community relations through unwavering service and protection of life and property under the foundation of our core values.
We use cookies on our website to give you the most relevant experience by remembering your preferences and repeat visits. By clicking “Accept”, you consent to the use of ALL the cookies.
We will never sell your private information.
Cookie SettingsAccept
Manage consent

This website uses cookies to improve your experience while you navigate through the website. Out of these, the cookies that are categorized as necessary are stored on your browser as they are essential for the working of basic functionalities of the website. We also use third-party cookies that help us analyze and understand how you use this website. These cookies will be stored in your browser only with your consent. You also have the option to opt-out of these cookies. But opting out of some of these cookies may affect your browsing experience.
Necessary Always Enabled
Necessary cookies are absolutely essential for the website to function properly. These cookies ensure basic functionalities and security features of the website, anonymously.
Functional
Functional cookies help to perform certain functionalities like sharing the content of the website on social media platforms, collect feedbacks, and other third-party features.
Performance
Performance cookies are used to understand and analyze the key performance indexes of the website which helps in delivering a better user experience for the visitors.
Analytics
Analytical cookies are used to understand how visitors interact with the website. These cookies help provide information on metrics the number of visitors, bounce rate, traffic source, etc.
Advertisement
Advertisement cookies are used to provide visitors with relevant ads and marketing campaigns. These cookies track visitors across websites and collect information to provide customized ads.
Others
Other uncategorized cookies are those that are being analyzed and have not been classified into a category as yet.
SAVE & ACCEPT
Powered by